Pubs, like other public venues, look set to stay shut for the foreseeable future. But what’s going to happen to the contents of their cellars?

Fifty million pints – give or take. 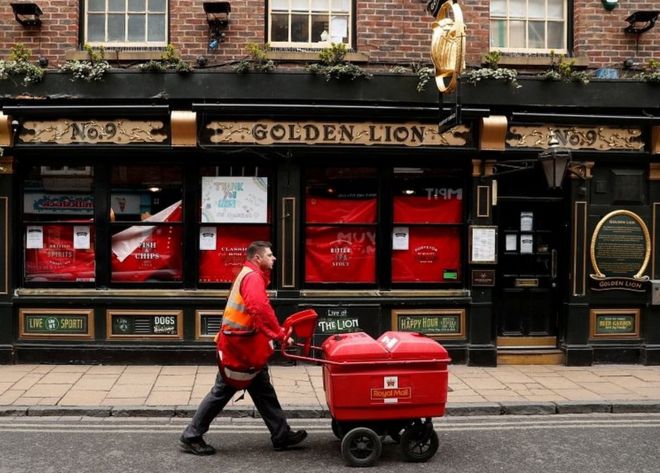 That’s the amount of beer expected to go unused in barrels if pubs remain closed into the summer because of coronavirus. Publicans are currently unable to sell their lagers, ales and ciders – save for takeaways and home deliveries.

“It’s a very sad waste of all the work and talent that goes into producing great beer,” says Tom Stainer, chief executive of the Campaign for Real Ale (Camra). “People won’t get to drink it and all those resources have been used up for nothing.”

Mr Stainer estimates the UK’s 39,000 pubs have, on average, 15 barrels in their cellar at any given time. Most are kegs containing 11 gallons (88 pints) each – although many real ales come in nine-gallon (72-pint) casks. The best-before dates on pasteurised beer – including most lagers – are usually three to four months after delivery.

Those for real ales and other unpasteurised beer are usually set at six to nine weeks.

So most stock could go to waste if social distancing measures remain in place for several months.

Keris De Villiers, landlady of the Ram Inn, the Old Sergeant and the Pig and Whistle in Wandsworth, south-west London, says barrelled beer worth about £10,000 could go off in her cellars – while 1,000 litres (1,760 pints) more beer remains in vats at the SlyBeast microbrewery she and husband Lee have recently set up.

“We could do takeaways,” she says, “but that would mean selling beer on the corner of a very small pavement. That wouldn’t be socially responsible, with the need for people to keep their distance from one another. The whole situation is heart-breaking.

“Our brewer literally talks to his tanks when he’s at work every day. People really care about the beer they’re making. It’s a craft and people are passionate about it.”

Major social networks are rushing to take down a new coronavirus conspiracy...

What do General Motors, Burger King, CNN, Uber and Airbnb all have...