2019 was Europe’s warmest year on record

2019 was Europe’s warmest year on record

Europe is heating faster than the global average as new data indicates that last year was the warmest on record.

While globally the year was the second warmest, a series of heatwaves helped push the region to a new high mark. 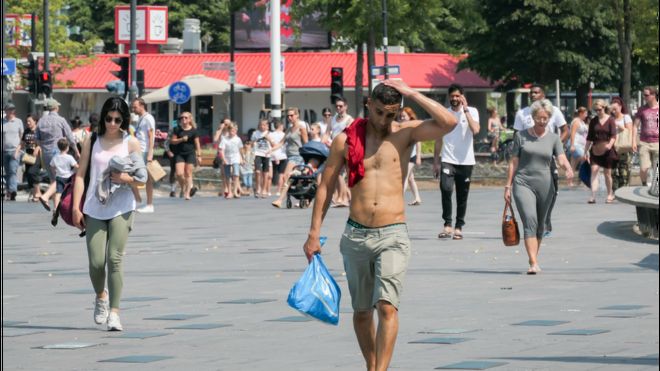 Over the past five years, global temperatures were, on average, just over 1C warmer than at the end of the 19th century.

In Europe, in the same period, temperatures were almost 2C warmer.

The data has been published as Earth Day marks its 50th anniversary.

The World Meteorological Organization (WMO) says the physical signs of climate change and impacts on our planet have gathered pace in the past five years, which were the hottest on record.

The European data, which comes from the EU’s Copernicus Climate Service, 11 of the 12 warmest years on record on the continent have occurred since 2000.