enault is cutting 15,000 jobs worldwide as part of a €2bn (£1.8bn) cost-cutting plan after seeing sales plunge because of the virus pandemic.

“This plan is essential,” said interim boss Clotilde Delbos, who announced a bigger focus on electric cars and vans.

Some 4,600 jobs will go in France, and Renault has said six plants are under review for possible cuts and closure.

Renault played down reports it could move some production to the UK plant run by its strategic partner Nissan. 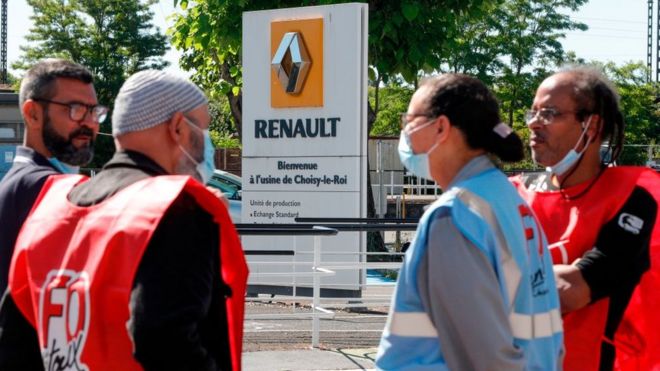 On Thursday, Nissan unveiled huge job cuts and the closure of its factory in Barcelona. The UK plant, in Sunderland, would remain open, the Japanese company said.

Renault, 15% owned by the French state and which is in talks with the government about an €8bn loan, has begun negotiations with unions about which factories could shut.

The company is slashing costs by cutting the number of subcontractors in areas such as engineering, reducing the number of components it uses, freezing expansion plans in Romania and Morocco and shrinking gearbox manufacturing worldwide.

The French firm plans to trim its global production capacity to 3.3 million vehicles in 2024 from 4 million now, focusing on areas like small vans or electric cars.

This year’s top criminal cases include: 2 wealthy professionals who attempted to steal...

The government has denied that travellers from France will be exempted from...