PM Boris Johnson has commissioned a review into the 2m social distancing rule, the chancellor has confirmed.

Rishi Sunak told the BBC the government would “actively” look again at the measure, given its “enormous impact” on the profitability of businesses.

The chancellor added he would like to see the rule relaxed, if “safe and responsible” to do so.

Ex-Tory leader Sir Iain Duncan Smith said the evidence “already shows that it is wholly feasible to move to 1m”.

“If other countries are doing it successfully, we need to move now,” he added.

The review, which was first reported in the Mail on Sunday, will take evidence from scientists as well as economists, Mr Sunak confirmed.

It is understood the review will aim to report back by 4 July, when pubs and restaurants could open at the earliest in England. 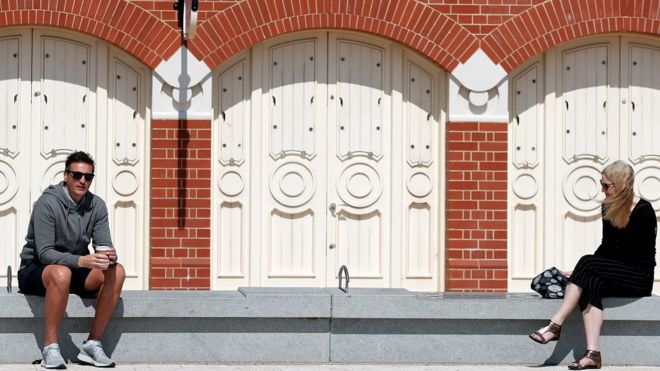 peaking on the BBC’s Andrew Marr programme, Mr Sunak said “many other countries” had a rule less than 2m and the review would “look at the issue in the round”.

He added that scientists had made clear there is a “different degree of risk at different levels,” and the decision on relaxing it is “ultimately” for ministers to make.

The UK government currently advises people to stay 2m (6ft 6in) apart from others to avoid spreading coronavirus.

This is further than the World Health Organization’s recommendation of at least 1m (just over 3ft), and some other countries like France and Denmark. But the UK government’s scientific advisers say that being 1m apart carries up to 10 times the risk of being 2m apart.

However, there are widespread concerns about the impact of the rule on the UK economy, which is already suffering from the pandemic.

Carphone Warehouse to close all standalone stores at cost of 2,900 jobs

Carphone Warehouse to close all standalone stores at cost of 2,900 jobs Carphone...