The gap between how much people earn in London and the rest of the country has narrowed since the early 2000s, says the Institute for Fiscal Studies (IFS).

According to the think tank, the geographic inequalities in earnings and household incomes have dropped.

However, trends in the housing market have led to a jump in inequalities in wealth across the UK. 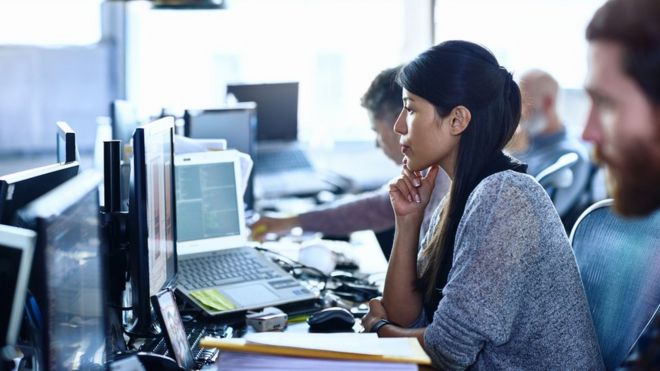 London is still pulling ahead of the rest of the country in wealth, health and education, the IFS warns.

The difference between wages in London and the UK at large has shrunk, partly because a higher minimum wage has had a bigger impact beyond the capital, the think tank says.

After accounting for inflation, average full-time earnings in London have increased just 1.5% since 2002, compared with 5.6% across the UK.

But there are still big gaps in both earnings and productivity. Mean earnings in London are 1.3 times the UK average and still 54% higher than in the North East of England.

Londoners still earn more than others, with almost a third of full-time workers there making over £50,000 a year.

Cryptocurrencies need regulation as a "matter of urgency", according to Bank of...

Coronavirus: Six things that are booming in sales

Impact of the coronavirus epidemic

Fiat Chrysler says the impact of the coronavirus epidemic could halt production...