Brexit trade deal: What does it mean for fishing?

Brexit trade deal: What does it mean for fishing?

Fishing was one of the final sticking points in the post-Brexit trade talks. While fishing is a tiny part of the economy on both sides of the Channel, it carries big political weight.

Regaining control over UK waters was a big part of the Leave campaign in 2016 but some activists have already criticised what is in the deal. 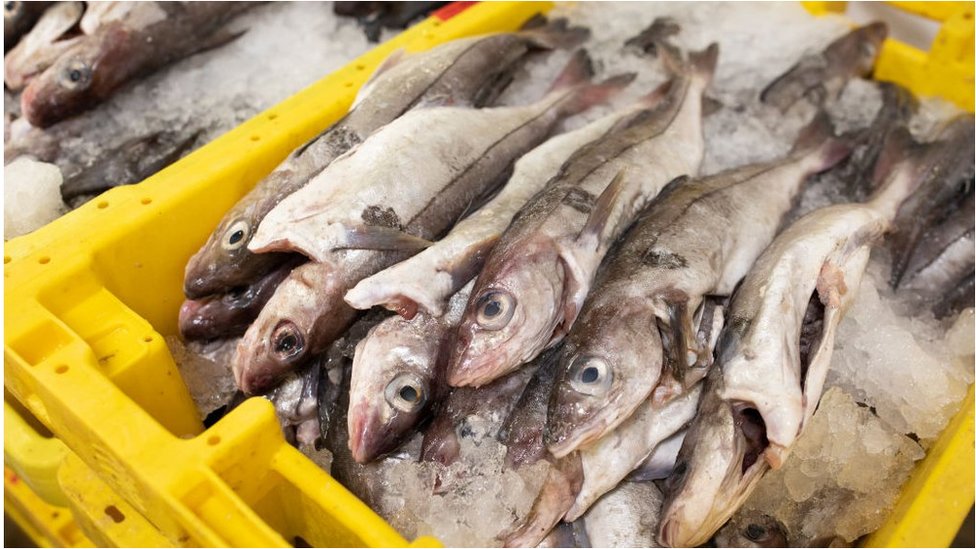 What’s the deal in a nutshell?
EU boats will continue to fish in UK waters for some years to come
But UK fishing boats will get a greater share of the fish from UK waters
That shift in the share will be phased in over five and a half years
After that, there’ll be annual negotiations to decide how the catch is shared out between the UK and EU
The UK would have the right to completely exclude EU boats after 2026
But the EU could respond with taxes on exports of British fish to the EU
What’s the detail on fishing?
The deal runs to more than 1,200 pages, with a section on ‘Fisheries’ along with several detailed annexes.

Both sides have agreed that 25% of EU boats’ fishing rights in UK waters will be transferred to the UK fishing fleet, over a period of five-and-a-half years.

This is known as the “transition period” (giving EU fleets time to get used to the new fishing relationship). The EU wanted it to be longer, the UK wanted it shorter – it looks like they’ve met somewhere in the middle, with an end date of 30 June 2026.

According to the National Federation of Fishermen’s Organisations, which has been briefed on the matter by the Department for Environment, Food and Rural Affairs, EU fishing quota in UK waters will be reduced by 15% in the first year and 2.5 percentage points each year after.

The document also sets out details of how each species of fish – caught in UK waters – will be shared out between the UK and the EU during the transition.

What happens then?
The document says after the end of the transition period in 2026 there will be annual talks to set the amount EU fishing boats can catch in UK waters (and vice versa).

The UK would then have the right to completely withdraw EU boats’ access to UK waters. But the EU could then impose tariffs (taxes) on fish exports from the UK.

The document goes into a lot of detail about the measures to compensate one side if the other withdraws or reduces access to its waters. As well as tariffs it includes other “remedial measures” such as suspending access to waters. Tariffs could even be extended to other goods but it would have to be in proportion to the economic impact of the fishing breach.

There will be an arbitration system, though, to try to resolve fishing disputes.

How did the old fishing system work?
As part of its membership of the EU, the UK was subject to the Common Fisheries Policy (CFP).

The CFP, which was signed in 1970, means every fishing fleet from EU member states has equal access to European waters.

Ordinarily, each country would control access to their Exclusive Economic Zone (EEZ), which stretches up to 200 nautical miles from the coast, or to a maritime halfway point between neighbouring countries.

Nearly two million people have applied for universal credit benefits since the...

Trading Standards officers are seeking to halt sales of a device that...

The UK has been warned by the pharmaceutical industry that stockpiles of...