They apply to the payments, or dividends, firms make to shareholders.

The new figures have been calculated by a team of experts at the University of Mannheim, in partnership with the German not-for-profit group Correctiv.

Evidence from leaked documents and people involved in the schemes suggests UK taxpayers have also lost out, potentially to the tune of billions of pounds.

The research forms part of a joint investigation carried out by newsrooms worldwide, co-ordinated by Correctiv, known as the CumEx Files 2.0. It casts new light on a growing scandal which first came to public attention in 2018.

This practice became popular in Germany in the early years of the century and continued until 2012, when the law was changed. It also spread to other countries, notably Denmark, but also France, Belgium, Italy and Austria.

In Germany, prosecutors have launched a wave of criminal inquiries.

Several individuals have already been found guilty of tax evasion. Some 1,000 people are currently under investigation, including junior and senior banking staff, lawyers and brokers.

A list acquired by German broadcaster ARD’s investigative programme Panorama contains the names of more than 700 of those under scrutiny, of whom 134 are known to be UK citizens.

Overseas dividends
Although London has been widely identified as the place where many cum-ex trading strategies were conceived, the UK exchequer was not a target – because dividends here are not subject to withholding tax.

But documents show that bankers were able to carry out related trades to “recycle” otherwise unusable German tax credits and generate profits at UK taxpayers’ expense.

It allowed investors to generate liabilities which could be offset against German tax credits and at the same time, generate a credit against UK tax.

Estimates vary as to how much this scheme actually cost the UK taxpayer. One individual who was involved in these kinds of trades in the past suggested it would have been several hundred million pounds a year until 2005 – and more than £100m per year thereafter.

Another whistleblower told the BBC that “these were not small trades”, and that the practice “must have been used on a significant scale”.

In 2014, HMRC changed the rules on taxation of MODs. It says this was done for a variety of reason, including to “reduce the potential for tax avoidance”. 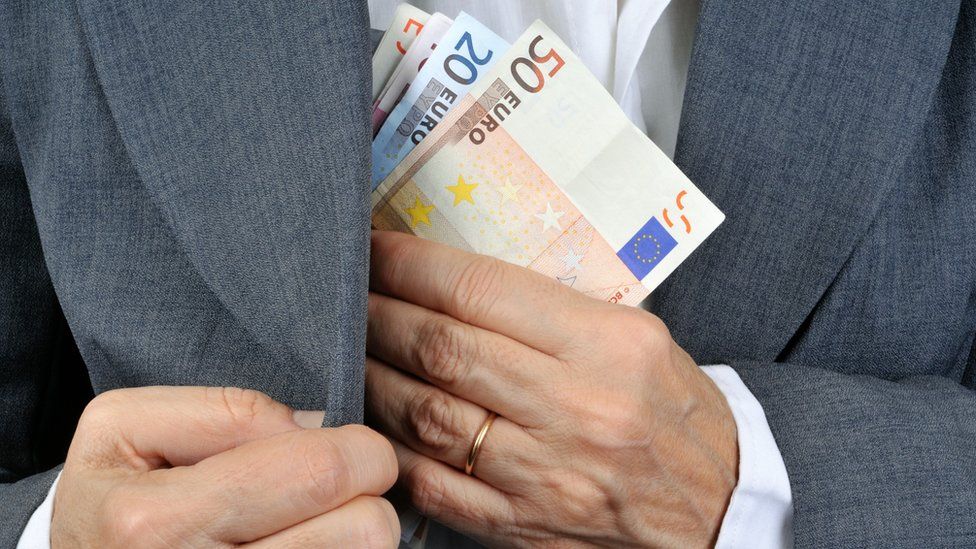 Scandal brewing
While the fallout from the cum-ex affair has dominated media attention and prosecutor interest so far, the latest findings from Correctiv’s investigation suggest an even bigger scandal may be brewing.

Cum-ex is understood to have cost governments nearly €10bn. But according to researchers at the University of Mannheim, that figure is dwarfed by losses stemming from another long-standing form of dividend arbitrage, known as cum-cum.

This strategy comes into play in countries where domestic and foreign investors are treated differently for tax purposes. A foreign investor will sell or loan shares just ahead of the dividend payment to a second investor resident in the country where the company is listed.

The second party is able to claim a dividend tax credit that would not have been available to the foreign investor. The shares can then be passed back to the original owner, and the benefits shared.

The Mannheim team has calculated that between 2000 and 2020, this practice cost 10 governments, including those of Germany, Spain, France and the US, a total of €141bn. It describes this estimate as “very conservative”.

Whether these losses will lead to prosecutions is less clear, however.

While cum-ex involved generating multiple claims for withholding tax that had only been paid once, and its use has been described as a “criminal act of tax fraud” by Germany’s Federal Court of Justice, experts say cum-cum sits in a legally grey area.

“It’s not against the law,” explains Christoph Spengel, a professor of international taxation and the leader of the Mannheim team.

“But in individual cases, in Germany it is against the law if the sole purpose of buying and repurchasing shares is to have a tax benefit.”

Supermarket giant Asda said it has chartered its own cargo ship to...