A photographer says he believes a “rascal student” is responsible for attaching festive hats to carved figures high on a college chapel. 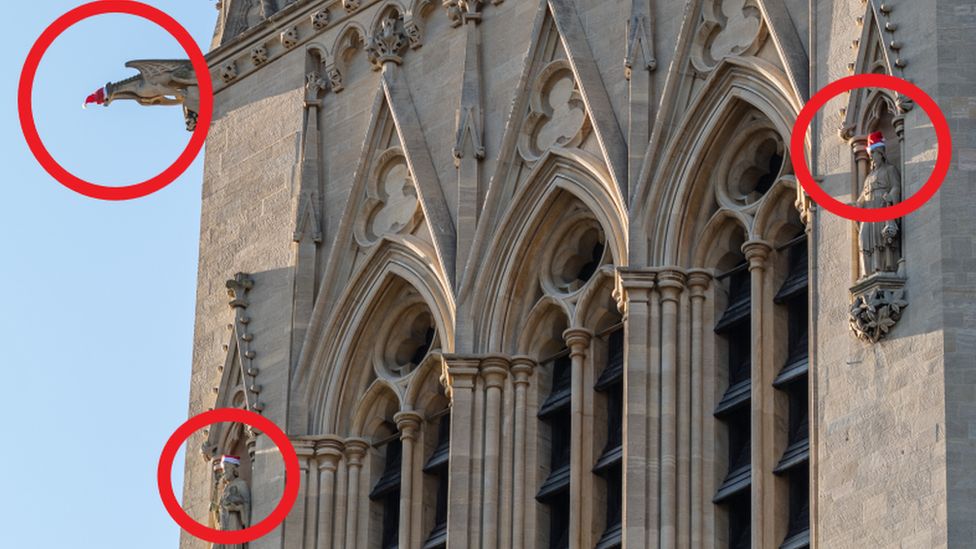 Martin Bond said he first saw the Santa hats on St John’s College, Cambridge, at about 11:00 GMT on Monday.

“Some people believe they were placed by a drone, but they definitely climbed up there,” he said.

“I was told by a porter no key had been signed out, so they weren’t placed inside, it was done from the outside.”