New car registrations almost ground to a halt in April after coronavirus lockdown measures were introduced, the motor industry has said. 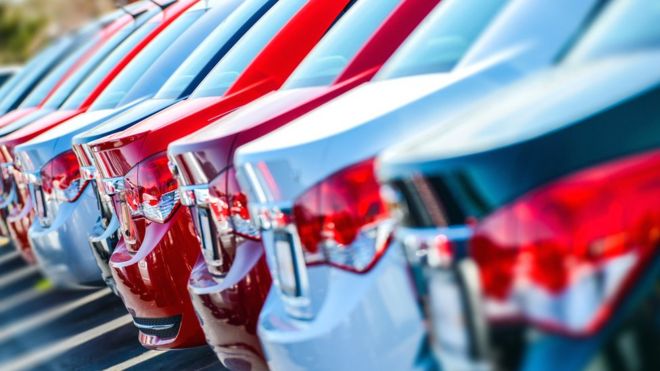 Only about 4,000 cars were registered, mainly for use by companies.

The temporary closure of car dealerships as part of measures to try to combat the disease hit consumer registrations hard.

The Society for Motor Manufacturers and Traders (SMMT) said that of those 4,000 registrations, 70% were by companies buying for their fleets.

Many of those cars were needed to support key workers and for those who had a pressing need for them, an SMMT spokesman said.

Those cars would not have been bought from dealerships, but instead, for example, from wholesalers, or directly from manufacturers.

Eurozone out of recession after economy grows 2%

The eurozone's economy grew by 2% in the second three months of...

Ever since the commercialization of the World Wide Web in the late...

Coronavirus: Why some countries wear face masks and others don’t

Step outside your door without a face mask in Hong Kong, Seoul...