A vice-president at Amazon has quit “in dismay” at the internet giant’s crackdown on workers who criticised it over coronavirus safety measures. 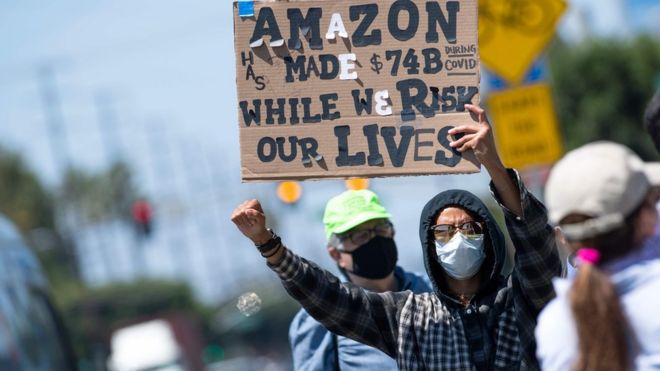 Tim Bray described the firing of protesters as “evidence of a vein of toxicity running through the company culture”.

Workers have criticised Amazon for not doing enough to protect warehouse staff against the virus.

Amazon declined to comment, but has previously defended its actions.

Mr Bray, who was a senior engineer at Amazon Web Services, set out in a blog why he had left the company where he had worked for five years.

The firm faces possible investigation of worker rights violations in New York, where the company fired the organiser of a small protest about safety conditions at a warehouse.

An EU research head says that he is "optimistic" that there will...

The boss of Facebook says he accepts tech giants may have to...