There are fears “thousands and thousands” of jobs could be at risk at Tata Steel in Port Talbot.

But the Tata group said no decisions had been made and described the reports as “unsubstantiated speculation”. 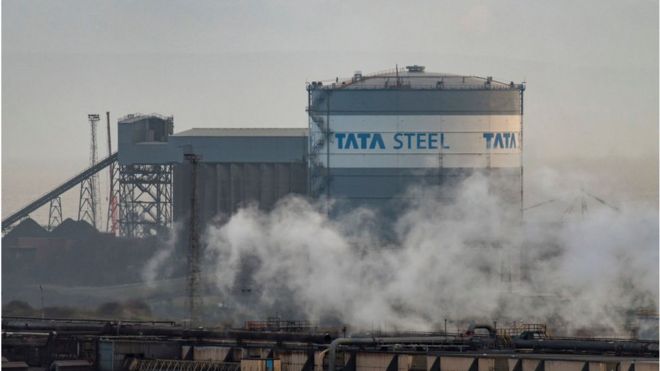 The Community Union said it was seeking urgent clarification from the company.

Image caption
Labour MP Stephen Kinnock has raised concerns over the plans
Mr Kinnock said he had found out through newspaper reports that Tata Steel had reportedly pitched the plan to the UK government.

“They should not be making those kinds of proposals without discussing this first with the workforce and the trade unions,” he said.

“What I would also say is the blast furnaces at the Port Talbot steelworks are an absolutely vital part of primary steel making in Wales and in the UK, and if you don’t have those blast furnaces you’re not able – with an electric arc furnace model – to produce anything like the same quality and variations of steel.

“So this proposal raises massive questions and the future of the industry – thousands and thousands of jobs are on the line.”

‘Unsubstantiated speculation’
In a statement a spokesperson for Tata Steel Europe said its UK operations faced “structural challenges” caused by the pandemic.

“We are in active discussions with the UK government on several options for the future of our UK operations, including potential co-operation and participation from the government to create a sustainable decarbonised footprint for the future.

“Discussions with the government are constructive and ongoing, and at this stage no decisions have been made.

“It would therefore be inappropriate to comment on unsubstantiated speculation about the outcome of these discussions or the potential impact of any changes to secure our sustainable long-term future.

“If and when we do have progress to report, we will first inform our employees and consult with our employee representatives.”

UK government debt has risen above £2 trillion for the first time...

Huawei has failed to adequately tackle security flaws in equipment used in...