Sam Lillico, 25, who lives in Exmouth, Devon, with her children Evie, eight, Leo, six, and Ava, three, has covered her home in lights.

Miss Lillico said while this Christmas would be different due to the pandemic, she wanted to make sure it was good.

She said: “I love Christmas. It is a bit early this year but with lockdown why not lift everyone’s spirits?”

Miss Lillico said she had Halloween decorations on the outside of her house and as she was taking them down she decided it was time to put her Christmas lights up. 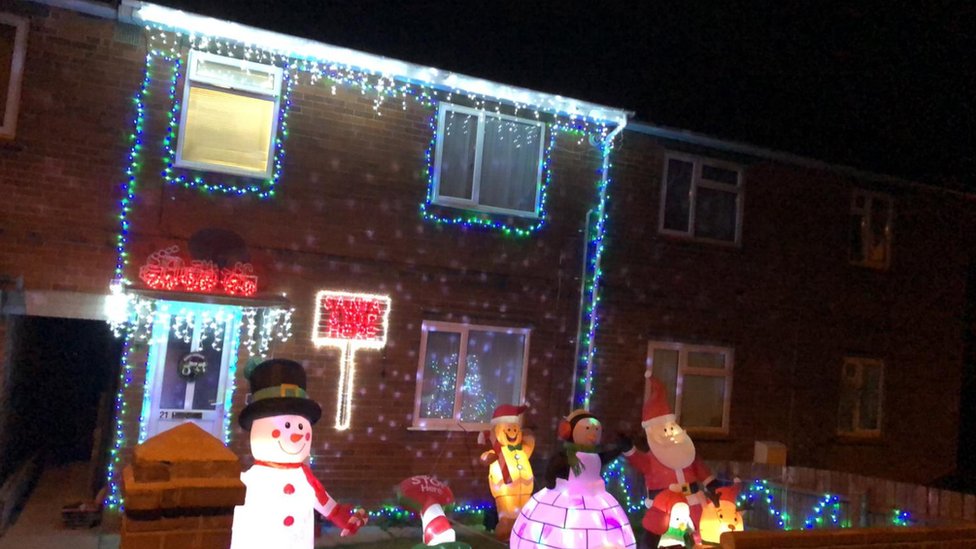 She said she had some help from friends and while they were creating the display, some people walking past told her she was mad.

“I’m like ‘yep but it caught your attention and now you are smiling’,” she said.

“That is the reason why I did it.”

Miss Lillico said she had had hundreds of comments on social media and from people living nearby.

“People will come past at night-time and literally stop outside the house and say ‘Merry Christmas’,” she said.

Miss Lillico said some of the decorations were ones she had collected over the years but she had also taken her children on a special shopping trip to pick out new ones – and she still wanted to add more.

She added: “It was obvious with Covid that it was going to be very different this year so I want to make it a good one.”

Bank of England joins Dennis the Menace for kids project

Dennis the Menace will soon be teaching children about debt, spending and...

There are fears "thousands and thousands" of jobs could be at risk...